Spring isn’t the only thing in the air!!! Today I am sharing a card I used with a set from Jan’s Digi Stamps called Up, UP, AWAY! Now, ***in full disclosure***, the dog I used is NOT part of the set. He’s from a Mama Elephant clear stamp set called Mini Dog Agenda. Here is a picture of what you get in the Up, UP, AWAY! set:

For my purposes, the sweet little boy wasn’t going to work, but I really wanted to use the balloon. All of Jan’s sets come with both precolored images and b/w line art. I love that she included the balloon without the boy, so you can use it as you see fit. I used the b/w image of the balloon and the clouds to create my scene. This set has some of the prettiest sentiments!!! I needed a birthday card, so I used the Happy Birthday cloud. Once it was printed, I masked off the basket and stamp my dog. The line weight was different, but I knew I would be making the balloon rope lines black and thought that would help balance it out so it didn’t look odd.

I originally thought I would use a piece of 6×6 multicolored paper for the card front, so I used those colors when coloring the image with Prismacolor pencils. I ended up using the reverse side (serendipity) instead. I liked the bold colors but it was distracting from the image. The balloon ropes and lines are really small and thin, so rather than making a mess with a colored pencil, I used a Micron pen to fill them in and as I suspected, it helped make the dog look like it was part of the set instead of an afterthought. After the image was fully colored, I used the Clouds stencil from My Favorite Things and Distress Oxide ink in Broken China to ink blend the background. Since the pencils leave a waxy bloom, it helped to resist the ink blending if I accidentally went over the image. I used Gamsol to blend out the image, and this time I wish I had not. I had so much more shading before I used the Gamsol and now it looks flat. I’ll probably try to put down another layer of color before mailing this one out. I gave the front panel a thin black mat before mounting onto the patterned paper and card base. But because I really liked the patterned paper I had originally picked and all the colors on it that matched my balloon, I added a strip of it to the inside of the card to carry through the color scheme.

The April challenge at Jan’s Digi Stamps kicks off today and runs through May 2nd. I’d love if you would head over to see what the rest of the team created to share with you, and while you are there why not enter your latest creation to the challenge? This is a truly Anything Goes challenge, so you can enter your recent baking, jewelry, pottery, drawing, scrapbook layout, card, quilting, etc! Using Jan’s digis (or any digis for that matter) is not required but using Jan’s images gives you an extra chance to win!

My days have been spent in the garden more than the craft room lately, but I have a few project ideas in my head I’d like to get onto paper so hopefully I’ll be back soon with more cards! Thanks for coming by to visit with me ❤

The December challenge at 2 Crafty Critter Crazies kicked off today, and this is my DT project. We have no sponsor for this month, so the team got to use their stash for their projects! I used sets from my fav stamp company, @janesdoodles and combined Winter Fun and Driving Home for Christmas to make this fun slimline scene card. Despite no sponsor, there is still a prize to be won at 2CCC. Head to my blog for more details on this card and prize, plus links to the challenge... link in bio.
Hopping today in the last month of #samesetsyndromenovember and I "killed" the Frosty Gnomes paper pad from @scrappingforless and made 31 cards! Inspired by @jess.crafts tutorials. Check out my blog post for full details and more pictures... link in bio. Leave a comment *on my blog post* and on all stops of the hop for a chance to win prizes. Next in hop is @leeanngetscrafty
Late in uploading my Same Set Syndrome project for October when our hop theme was shaped cards. I used @createandinkspire August kit with @iostamps inks and my Silhouette to create this fun palette card. Full details are in my blog post, link is in my profile.
A group of my friends are hopping in the Halloween Theme IG hop, which is part of a fun giveaway by @creativepixiedesigns for two $25 gift certificates to Scrapbook.com. enter by October 10th for a chance to win.
Quick post to share my latest DT post for 2 Crafty Critter Crazies challenge where this month we are using @beccysplace digi stamps. Full card and challenge details are on my blog, link in profile. I'll be back in a few hours for a fun hop with a giveaway!
Welcome to the September Same Set Syndrome hop! This month we're showcasing @katscrappiness and using their set called Christmas Gnomes! These gnomies are so much fun to color, I made 3 cards. Swipe for closeups of each. Full details on my blog, link in profile. The hop bounces between blogs, YT, and IG so use #SameSetSyndromeSeptember to find participants.

I’m a Member of the 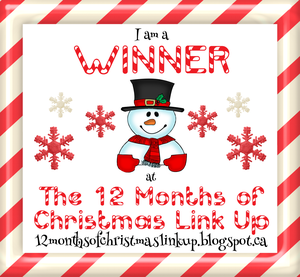 October 2020 for September 2CCC DT Post with Stamp On It 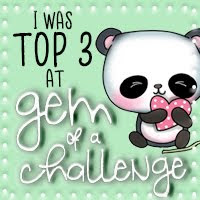 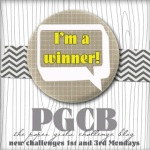 May 2020 Winner for Happy Birthday – A MFT Geometric Card

May 2020 DT Favorite for Happy Birthday with JDS 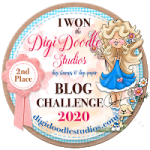 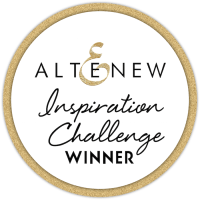 Add MisplacedMojo to your blog reader